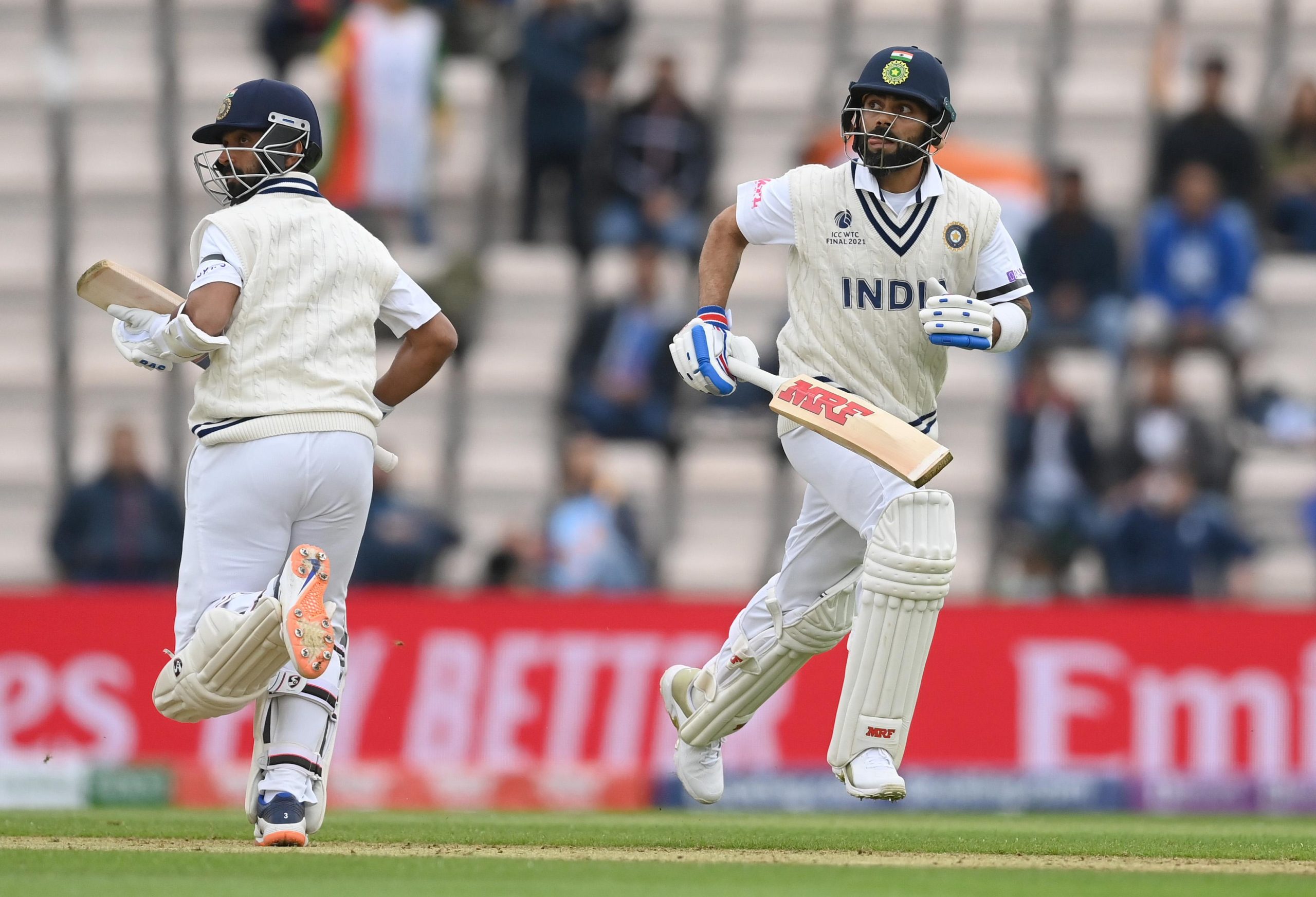 Southampton: Due to bad light, the umpires ended play with India at 146/3 on Day 2 of the WTC Final on Saturday.

New Zealand won the toss and elected to bowl in the World Test Championship final against India here at the Hampshire Bowl on Saturday.

India have stuck to the playing eleven they had announced on Thursday. While India are going in with two spinners and three pace bowlers, the Kiwis have four pacers and no spinner in their attack.

The toss took place on the second day after the first day’s play was washed out due to rain. As many as 98 overs are scheduled to be bowled on Saturday. The Test will run into the reserve day on June 23.