Yearender 2020: In a year of gloom, sports turns biggest source of joy 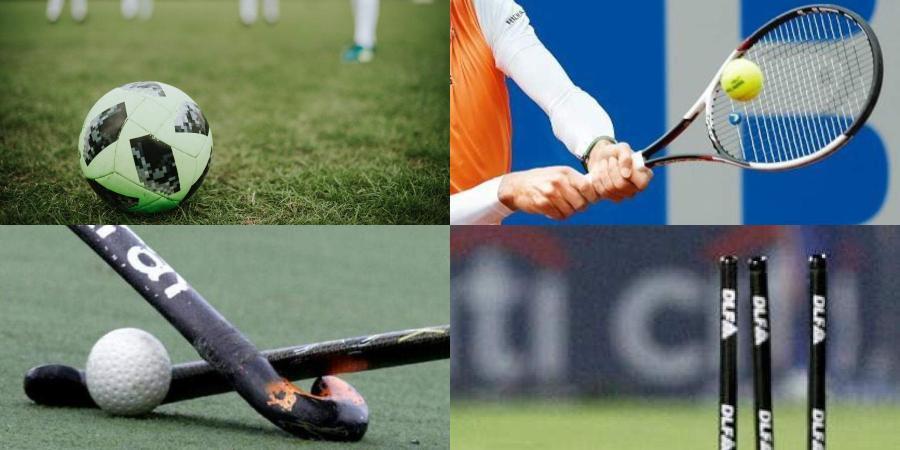 New Delhi: At a time when sporting action dominates the watch-list of every household, 2020 gave sports fanatics across the globe a rude shock. All sporting action came to a screeching halt as the coronavirus pandemic saw the world go into a complete lockdown for close to two months – March to May.

The year had started like any other with India fighting it out in New Zealand on the cricket pitch and other sports like football, tennis and badminton in full swing. In fact, the year was all the more important for athletes who were preparing for the Tokyo Olympics.

While Novak Djokovic and Sofia Kenin were beaming with joy in January after winning the Australian Open, February saw the slow closure of sporting activities as the virus changed its hotspot to Europe. Cricket was no different as the last international match was played between Australia and New Zealand in March and that too went ahead behind closed doors.

The much-awaited 13th edition of the Indian Premier League (IPL) which was slated to go ahead in March also got delayed and no one knew as to whether the tournament would indeed see the day of light this year.

With all sporting action suspended, the world sat at home and there was no news on resumption of leagues or international action as the world leaders were busy discussing ways to combat the deadly virus. As covid warriors across the globe started working 24×7 to help fight the pandemic and health ministers started planning SOPs to ensure life slowly gets back to the ‘new normal’, Germany took a bold step and the government handed permission to resume the Bundesliga.

New guidelines were issued and it meant that the competition would go ahead, but behind closed doors. Players were asked to maintain social distance, proper hygiene was ensured and players from both teams did not shake hands before the start of a football match. Bundesliga finally resumed on May 16 with Borussia Dortmund taking on Schalke and the former emerged triumphant 4-0.

However, more than the game, everyone turned on their television sets just to celebrate the resumption of sport. It was wonderful to see how players and management made the resumption possible and more importantly, the show of spirit gave all other federations hope of returning back to the field.

In the coming months, Premier League, LaLiga, Serie A all resumed with the suspended 2019-20 season and winners were crowned in their respective leagues. Liverpool won the Premier League after a span of 30 years and the fans took to the streets to celebrate the win as they were not able to attend matches. Liverpool’s win and the fans’ celebration was again proof of how sport brought light in a year that had been filled with sorrow.

Cricket which was suspended in March finally returned in July with the three-match Test series between England and West Indies. International cricket resumed at Southampton after a 116-day suspension. Players were once again asked not to shake hands at the time of the toss and the use of saliva was banned.

With this leap of faith shown by the England Cricket Board and Cricket West Indies, all other boards got the much-needed boost to safely resume international cricket. Slowly and steadily, teams started to tour England first and the much-awaited Indian Premier League (IPL) was finally hosted in the September-November window in UAE. TV ratings went through the roof worldwide and once again showed the need for sporting activities in these troubled times.

Sports did resume, but it is important to note that no leniency was given in terms of hygiene and healthcare protocols. Players were regularly tested for COVID-19 and all of them were asked to stay in a bio-secure bubble. The challenges of the bubble have been spoken on by many players, but they have also reiterated how it is necessary in order to fight the virus.

In September, Rafael Nadal equalled Roger Federer’s record of winning 20 Grand Slams and the Spaniard achieved the feat after winning in his backyard “French Open”. This win made everyone forget that tennis is being played in the backdrop of coronavirus and the feat was celebrated not just by Nadal’s fans, but also by sports lovers across.

All major achievements have been celebrated on television and social media this year, but fans cannot complain as sport brought a respite in a year that has been gloomy to say the least. Even as crowds start to slowly make their way to stadiums in places like Australia, New Zealand and parts of England, the year has shown us how we sometimes take sports for granted and it is indeed more than just a passion. It is the reason why millions smile even when the world doesn’t look all bright and sunny.