Yet to get promised land by West Bengal CM Mamata: Swapna Burman 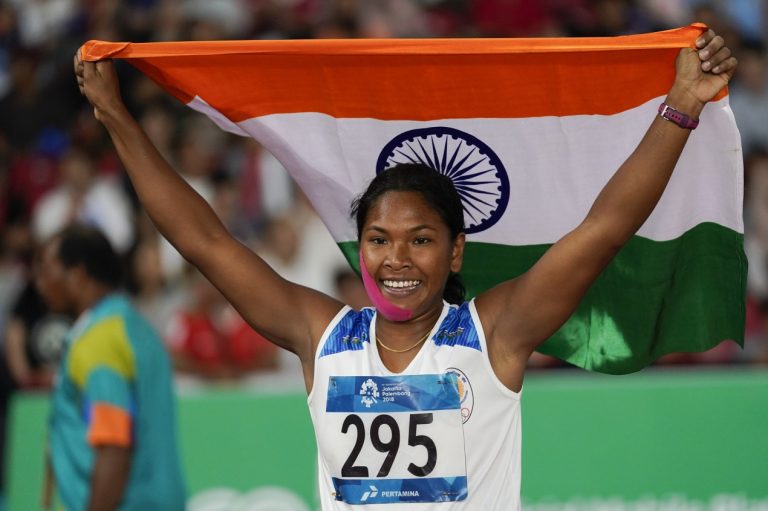 Kolkata: Asian Games gold medal winning heptathlete Swapna Barman on Thursday claimed that she is yet to get the plot of land promised by the West Bengal chief minister Mamata Banerjee after she triumphed in Indonesia last year.

The Jalpaiguri-born athlete was promised a plot of land in close proximity of the Sports Authority of India Eastern Centre in Saltlake to facilitate her training.

It has been close to a year but what she has been provided with is a rented house for which she has to pay monthly rent of Rs 4000 out of her own pocket.

“We have made so many requests but the officials have told us that the finance committee has rejected the proposal of a land. I want to know whether the Chief Minister is aware that I’ve been denied a land despite her promise,” Swapna said on the sidelines of an event here.

“I’ve just got Rs 10 lakh and a rented house for which I’m paying rent of Rs 4000 on my own. It’s really frustrating and I feel ignored,” she rued.

She further cited example of 2002 Asian Games silver medallist Soma Biswas who was provided land by the government at that time.

“But no one is talking in favour of me. I don’t know what has happened to the promise,” Swapna, who is undergoing rehab for her back injury as well as a meniscus tear of the knee, said.

Swapna, who has a personal best of 6026 points, has a challenging task of bettering it to 6420 points to reach the Olympic qualifying mark.

With time running out for Tokyo 2020, Swapna said: “It’s tough but I’m confident. I will do my best next year to raise the points.”

That she is no longer a part of the Target Olympic Podium scheme makes it all the more difficult.

“It would have been nice to be there in TOPS. But I don’t have any regrets… My focus is on ensuring that I’m in the best possible shape ahead of Tokyo Olympics,” she said.

Long jumper Sreeshankar finishes 22nd in qualifying round of Worlds