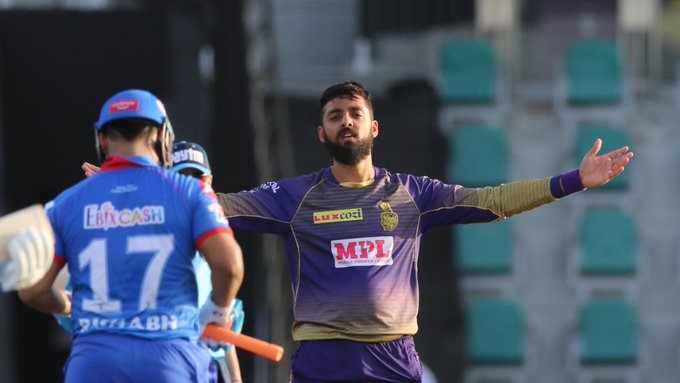 New Delhi: Kolkata Knight Riders (KKR) spin bowler Varun Chakravarthy said he still hasn’t recovered completely from Covid-19 and is feeling weak and dizzy due to which he hasnt been able to resume training.

Chakravarthy was one of the four KKR players to test positive for Covid-19 during the Indian Premier League (IPL), which was postponed midway after four teams were found to be affected by the virus.

“I’m now doing well and recovering at home. I still haven’t been able to resume training at full tilt because of post-Covid-19 symptoms. Although I don’t have cough or fever, there is weakness and dizziness.

“The loss of smell and taste is still intermittent, but I’m confident of being able to resume training soon,” said the bowler who was picked in the India limited-overs squad for the tour of Australia but had to pull out due to injury.

The 29-year-old said that keeping the mind distracted during Covid-19 is a big challenge since you are alone and away from family and team-mates.

“The toughest thing about contracting Covid-19 is keeping your mind distracted, and away from all that was happening. Because you are alone, away from your family and teammates. To keep myself occupied, I read books by Osho to give me a sense of calm,” he told espncricinfo.com.

Recalling how he realised he had caught the virus, the Tamil Nadu player said, “I felt something was slightly off on May 1. I felt tired.

“There was no cough whatsoever, but I had little fever, so I didn’t attend our training session. I immediately informed the team management and they arranged for an RT-PCR test quickly. I was immediately quarantined and isolated, away from the rest of my KKR team-mates, in a separate wing of the hotel. Soon, I found out that I’d tested positive.”

Known to bowl mystery spin and try new things with the ball, Chakravarthy said that the 12 days spent in isolation were monotonous due to sameness in routine.

“I was in isolation for 12 days. There’s a bit of sameness to your routine: being in the same room, having the same food almost. But I just had to find ways to get through the day. I’d wake up late, around 9 am, have a light breakfast, then begin my web shows and movies marathon on Netflix and Amazon Prime.

“In between, I’d catch up with cousins and friends over video calls. After lunch, I’d take my medicines and speak to my family. Thankfully, they handled the situation calmly.”

India could begin practice after 3-day hard quarantine in England

Bumrah, Shami give Indian attack an edge over NZ in WTC Final: Nehra