'You and your blessings are important': Sanjiv Goenka to Mohun Bagan fans 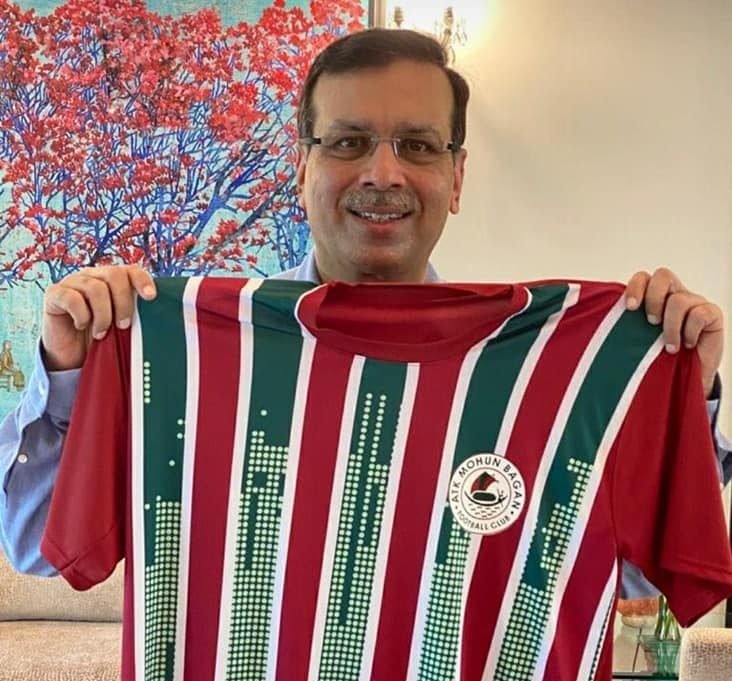 The merged identity of Mohun Bagan Athletic Club and ATKFC was named ATK-Mohun Bagan FC at a board meeting on Friday.

The new entity will flaunt the traditional green and maroon of Mohun Bagan Athletic Club as the primary colours and sport the iconic boat and sail logo of the 131-year-old.

The contracted players of India’s oldest football club would be inducted into the unified team, a joint statement said.

The two clubs signed a MOU in January 2020, paving the way for Mohun Bagan to play in the top-tier ISL from the 2020-21 season. ATK-Mohun Bagan will participate in the 2021 AFC Cup’s group stages, using Mohun Bagan’s I-League champions’ slot.

Goenka said he decided to retain Mohun Bagan’s jersey colour after he went to the Salt Lake Stadium to watch a Kolkata derby match against East Bengal last season.

Goenka also said his plan was to have red and white (ATK’s colours) as their away kit but it is not finalised yet.

“The away jersey will be white and red with green and maroon stripes on it. That is not yet unveiled nor is absolutely finalised. We have earlier thought it would be the ATK jersey with the new logo for the away kit. But today, Tumpai (Srinjoy Bose) and Debasish (Dutta) made a very good suggestion that why don’t we introduce green and maroon in the jersey. So we will do that,”  the 59-year-old added.