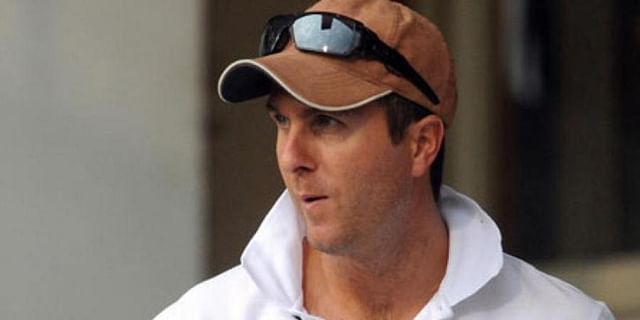 New Delhi: Mohammed Shami’s unbeaten half century at Lord’s gave India a “false sense of security about their tail” and they cannot have “four rabbits from 8-11”, said former England captain Michael Vaughan after the visitors suffered an innings defeat in the third Test.

India were bundled out for 78 and 278 in their two innings to go down by an innings and 76 runs in the third Test at Leeds, allowing England to level the five-match series 1-1.

“Surely they have to pick Ravi Ashwin next week. You cannot have four rabbits from 8-11. The resistance at Lord’s lulled them into a false sense of security about their tail. In reality, they cannot have Mohammed Shami coming in at eight,” Vaughan wrote in a Facebook post.

Shami had smashed an incredible 56 not out off 70 balls in the second Test to take India to 298 for 8 declared, setting a target of 272, which the hosts failed to chase.

“In the Indian dressing room, there is a lot of experience. The last two games, two really good venues and two venues where you can say spin has played a part historically. I would be staggered if R Ashwin is not on the team sheet on Thursday morning.”

Joe Root has been simply sensational, smashing a hundred in each of the last three Tests, to inspire England to a come-from-behind win at Headingley and also in the process become the country’s most successful Test captain.

Root had surpassed Vaughan with 27 Test wins as captain.

“It is not something he will care about at the moment. It is the kind of thing that does not sink in while you are still playing. You only reflect on those achievements later in life.

“When that happens he will realise his record may never be beaten because how much Test cricket will be played in the future? To captain England for 55 matches is a great effort in itself given how draining the job is, especially when he is carrying the batting to such a great extent as well.”

Vaughan feels the Ashes is the only missing piece in Root’s illustrious career as captain and he will be eager to achieve that next.

“Right now I am pretty sure he would swap some of those 27 victories for an Ashes series win. He wants more than anything to experience that feeling of holding up the urn because it is the only piece missing from his career,” Vaughan wrote.

“Perhaps it will change in time and winning the World Test Championship will become the pinnacle for captains but at the moment for the leaders of England and Australia it is the Ashes that matters above all else.”

Vaughan feels the upcoming Ashes might be his last chance to beat Australia, something which has been a yardstick of adjudging the greatness of a captain over the years.

“I realise I might cop a little bit of flak for this but Joe will not go down as a great captain until he beats Australia, probably even in his own mind, and who knows, his third crack at it this winter might be his last. Not many get four bites at the cherry,” he said.

The fourth India-England Test begins on Thursday at Kennington Oval.

We failed as a team, not going to start picking on issues: Virat Kohli