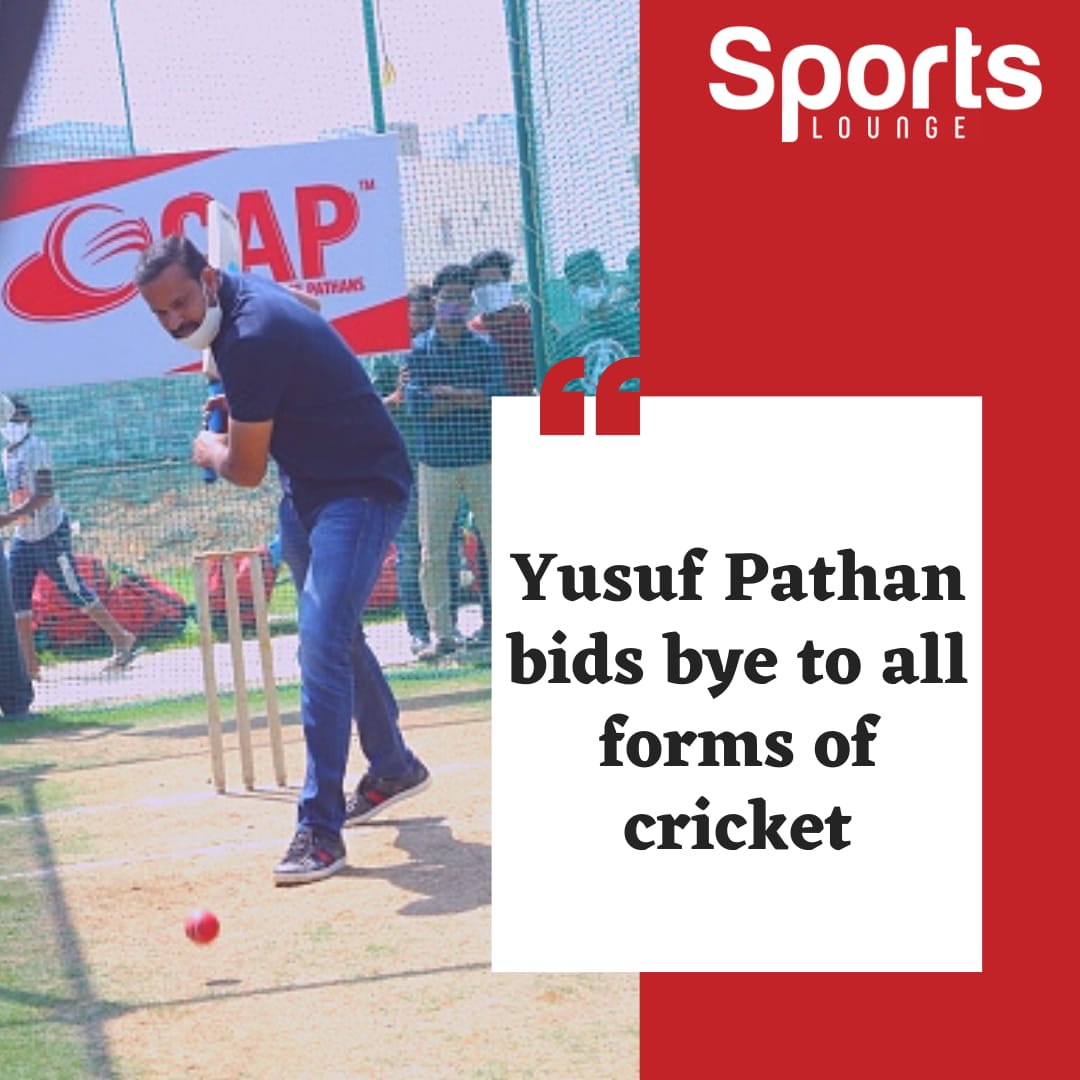 New Delhi: All-rounder Yusuf Pathan, who was part of India’s two World Cup-winning teams, on Friday announced retirement from all forms of cricket.

A hard-hititng batsman and effective off-spinner, 38-year-old Pathan was part of the Indian teams that won the 2007 T20 World Cup in South Africa and the 2011 World Cup in India. MS Dhoni was captain of both teams.

“I officially announce retirement from all forms of the game. I thank my family, friends, fans, teams, coaches and the whole country wholeheartedly for all the support and love. I am sure you will continue to encourage me in future as well,” Pathan, who represented Baroda in domestic tournaments, said in a statement posted on Twitter.

The Baroda-based Pathan’s last appearance with the Indian team was in a T20 international against South Africa in Johannesburg on March 30, 2012.

After making his international debut during the 2007 T20 World Cup, against Pakistan in Johannesburg, Pathan played 22 T20Is in which he scored 236 runs and picked 13 wickets. He also played 57 ODIs for India, scoring 810 runs and taking 33 wickets.