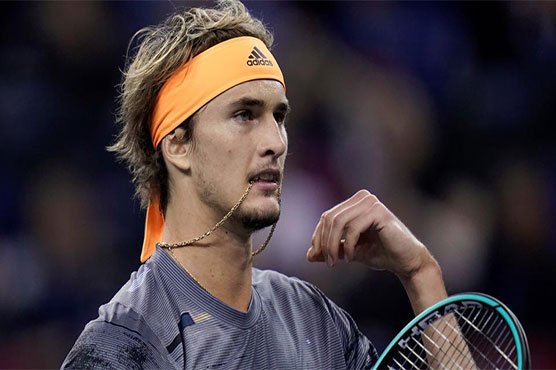 Paris: Germany’s Alexander Zverev has made it to the finals of the ongoing Paris Masters following a straight-sets victory over 20-time Grand Slam champion Rafael Nadal.

Zverev defeated Nadal 6-4, 7-5 on Saturday to stretch his winning streak to 12 matches in a row courtesy of his second victory over the Spaniard.

“It’s never easy to play him. Obviously the record says it, before this match I was one in five, so obviously extremely happy to be in another final of a Masters series. It’s great and tomorrow is going to be another difficult one,” Zverev was quoted as saying by the tournament’s official website.

Top-seeded Nadal was bidding to reach the Paris final for the first time since 2007, when he finished runner-up to David Nalbandian.

The German fourth seed will now meet Russian third seed Daniil Medvedev in what will be his maiden final at Accor Arena.

“I had the right attitude during the whole event, I think, fighting in every match,” said Nadal while talking about his efforts in Paris.

The 34-year-old will try to carry his good form to The O2 in London, where he will pursue his first trophy at the season finale. He has qualified for the ATP Finals for the 16th consecutive year.

“I need to adjust a couple of things, but I am doing well on all the important things,” Nadal said. “I have one week and a little bit more to keep working, and I hope be ready for it.”