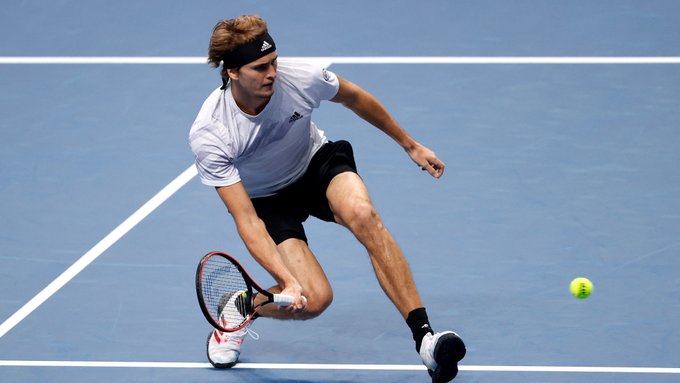 London: Alexander Zverev claimed his first win in Group Tokyo 1970 on Wednesday, as he overcame Diego Schwartzman 6-3, 4-6, 6-3 to boost his chances of semi-final qualification at the ATP Finals.

The 2018 champion landed 10 aces and saved six of nine break points to improve to 8-6 at The O2 in London. Zverev, who lost in straight sets to Daniil Medvedev on Monday, improved to 1-1 in round-robin play.

The German is attempting to qualify for the semi-finals for the third straight year.

“It was much better than on Monday,” said Zverev in an on-court interview.

“Diego is a very difficult player. He deserves to be here… There are no easy matches, but I am happy to get the win. I am happy to give myself a chance to go to the semi-finals and I am excited for Friday.”